A Mountain of Development 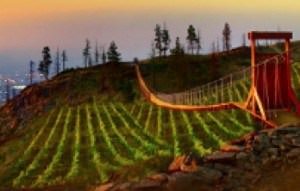 According to lawyer Garry Benson, speaking on behalf of Consiglio, it’s a $2-billion project that will create a couple of thousand construction jobs and 500 permanent jobs.

“The hold up at this point is getting into the Official Community Plan of the Regional District. Rather than have the Community Plan go in as it is, then turn around and later have to amend that plan, it seems like a long drawn out process that isn’t necessary,” says Benson.

“Really what the Regional District has to do is, basically, put us into the Community Plan and then we’ll worry about the development approval process at that time. The reason we’re coming forward now and making application is economics. That’s the biggest dictator.”

Despite the down economy, Benson says the time is right.

“It’s not going to stay down forever. When it does bounce back, that’s when you need to be in position. You don’t need to make the application at the peak of the economy, that doesn’t make any sense.”

He says plans are in the works to meet with Regional Board members including new Okanagan East Area Director, Patty Hansen.

“We are working on fine tuning some of our information. We are hoping to present them a more detailed package.” 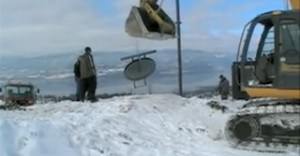 Several amenities have already been constructed on the property, including:

Because the property has not been zoned or included in the OCP, Consiglio can’t make the area available to the general public.

The ski hill was lit up Monday night for a private gathering for friends and family, an occurrence that prompted several calls and emails to the Castanet newsroom.

Ironically, that same night, the Regional Board deferred first reading of the South Slopes Officially Community Plan after receiving  an eight page brief from Consiglio outlining his request and proposal.

Possible options will be outlined for the board to consider at its next meeting February 9.

The brief prepared for the Regional Board by New York legal and business consultant, Michael Boccio, and obtained by Castanet News, is asking the board to consider adding a Kelowna Mountain Recreational Resort Comprehensive Development Zone. 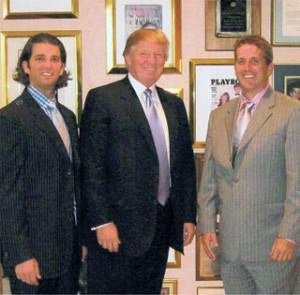 Benson says the development would be world class.

He says one large winery and other smaller ones on the property would be Mondavi wineries, while the golf course would be designed by world renowned Tom Fazio Designs.

The development would also include 1,200 single family homes and 600 multi-family units.

The document for the Regional Board concluded by stating the additional tax revenues created by the Kelowna Mountain Community would be a windfall to residents of the Central Okanagan East Electoral Area in the form of reduced taxes and would provide an overall net gain to the RDCO.

Meantime, Benson says rumours Donald Trump is in Kelowna in connection with the Kelowna Mountain project are not true, however, he did confirm that Boccio, who is Trump’s former lawyer, is in town.

It’s rumoured there is a chance Trump could become involved in the Kelowna Mountain project at some point.